In 2007, the California Part-time Faculty Association (CPFA) worked with Assembly member Mervyn Dymally to get the part-time cap raised from 60% to 67%.Today, CFT, the Faculty Association of California Community Colleges (FACCC) and many other faculty organizations have declared support for Assembly Bill 897 (Medina), which could raise the cap to 85%.

This bill is not without opposition. Some have said that if a district does, by way of an increased cap, offer more classes per part-time instructor, it will reduce the number of total part-time instructors it relies on, causing teachers (ostensibly the least senior) to lose their jobs, but this is a short-sighted conclusion. The total number of courses taught by part-time faculty across the many colleges does not change. It will, however, allow a teacher to work a full load over fewer districts versus many, and no longer force those teachers to spread themselves across multiple districts in order to cobble together a meager existence.

Another opposition argument is that if part-time temporary instructors are allowed to teach more classes at a single district, this will increase the costs to that district by virtue of the legal requirement to now offer those instructors health benefits.  While health benefits for employees are always a good thing, this argument pertaining to AB 897 is inaccurate as the legal requirement applies only to workers who teach 87.5% or more of a full time load. AB 897 would only raise the cap to a maximum of 85%.

Finally, the most surprising argument against increasing the cap comes from those who recognize that it does not fix the exploitative nature of our “two-tier” faculty employment system, so they oppose it on the grounds that they want to do away entirely with the exploitation of part-time faculty. There is no question that this bill falls far short of fixing the problem, but we must consider that since 1967, this issue has been growing worse and in all that time, no fix has been forthcoming. Part-time faculty will continue to be exploited regardless of the passage of this bill. However, this has the potential to make the lives of many educators, and the lives of their students, better without any added cost to the system. Incremental change is better than stagnation.

Today, this class of part-time educators constitutes approximately three-quarters of the faculty at any given college, where they teach approximately half of the courses offered. Of course, given the fact that many or most teach at multiple campuses, we really don’t know the true numbers on these educators across the State as a whole. Shifting away from mass freeway flying will occur as more and more part-time temporary instructors find they can stay at one place longer, drive less, pay less for gasoline, create fewer fuel emissions, be more available to meet students outside of class, and participate more and more in on-campus activities.

As a part-time “temporary” community college educator who has witnessed the rise, over the years, of the Freeway Flyers (being one myself), and who has firsthand witnessed the passionate resistance against raising the workload cap, I find myself astonished by that resistance from community college educators and asking why.  I believe the resistance is based on a fundamental failure to fully understand the issue and a fear that somehow this change will further empower the system to erode what little remains of full-time tenured faculty by increasing the numbers of classes taught by part-time faculty. AB 897 is not a silver bullet that fixes the problem of part-time exploitation; perhaps it is a baby step, but there is no downside to it. CPFA encourages you to give it your support as well as to speak out in favor of it among your co-workers and within your faculty organizations.

Editor’s Note: Go to the Fall 2018 CPFA Journal edition for other articles and resolutions in support of this bill. 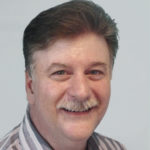