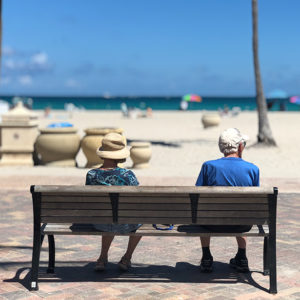 In the spring 2019 issue, CPFA posted a survey concerning part-time faculty and their knowledge of and plans for retirement. The survey consisted of 10 questions about various retirement options and issues related to Social Security and the impact of the WEP/GPO. The responses came from a wide variety of part-time faculty from around the state and reveal some interesting similarities and major issues of concern. 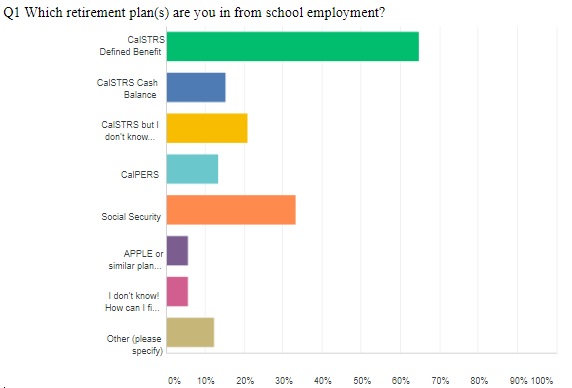 65% of the respondents said that CalSTRS Defined Benefit was their plan; 15% said that STRS Cash Balance was their option and the remaining 20% said they were in CalSTRS but did not know which plan, making CalSTRS the primary retirement plan for all of the respondents. 33% of these people stated that they also planned on collecting some retirement from Social Security, which is where the issues of the WEP and GPO arise. 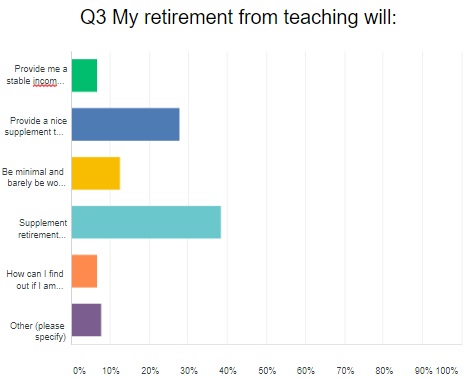 36% of the respondents said that they did not know they could retire and continue teaching, a necessity for many since most retirements for part-time faculty are much lower than the amount most people need to survive. 18% said they were planning on retiring from STRS and continuing teaching. While 15% said they would teach for as long as possible and then retire and collect their STRS pension, nearly 9% said they had already retired from STRS and were still teaching in order to maximize their incomes. It is important to know that the CalSTRS Age Factor does not increase after age 63, only the service credit will increase. 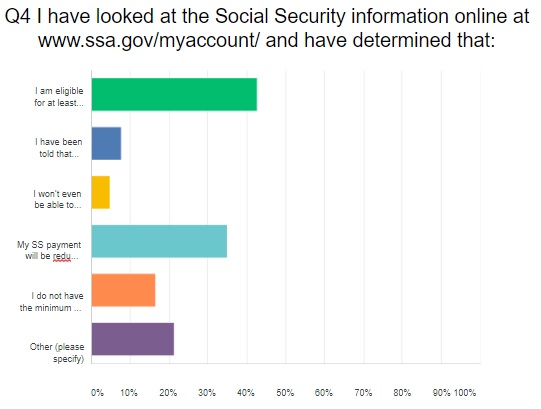 44% stated that they had the requisite 40 quarters of Social Security covered employment in order to qualify for some benefit and 35% stated they already knew that their SS payments would be reduced by the WEP/GPO.

37% tried to determine if they were qualified to collect some SS and were too confused by the process to reach a conclusion. While 11% determined that they qualified for their full SS pension, 18% calculated how much they would lose due to the WEP/GPO. Sadly, 10% felt that they were not at all eligible for an SS pension because they are teachers, which is not true. Any work done outside of teaching which is covered by Social Security can be used to qualify a person for some level of Social Security. Merely having a STRS pension does not make you ineligible for Social Security. It does, however, indicate that you will most likely have your SS pension reduced by up to $450 or more, depending on your years of significant earnings under Social Security. 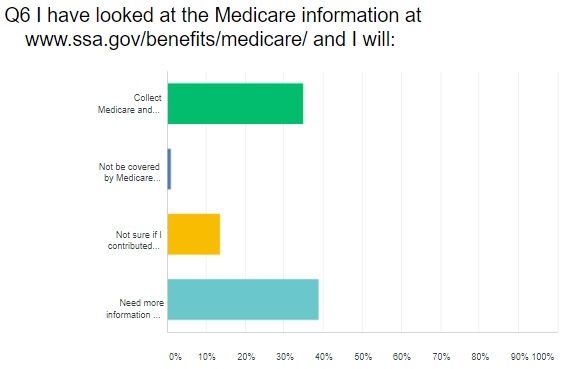 While 35% of the respondents knew that they would be covered by Medicare, 52% did not know if they qualified and needed more information. Fortunately for faculty, even if we are only paying into STRS, the employer is also paying into FICA which covers Medicare. 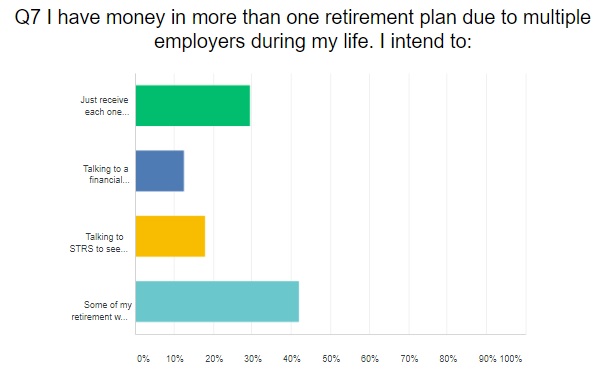 Because PTers usually work for more than one college, they may be in a variety of retirement plans from STRS to APPLE to PEAR. While some respondents plan to collect separately from each provider, many are working with financial planners of STRS to see how they consolidate the funds into one larger and possibly more stable and profitable plan. 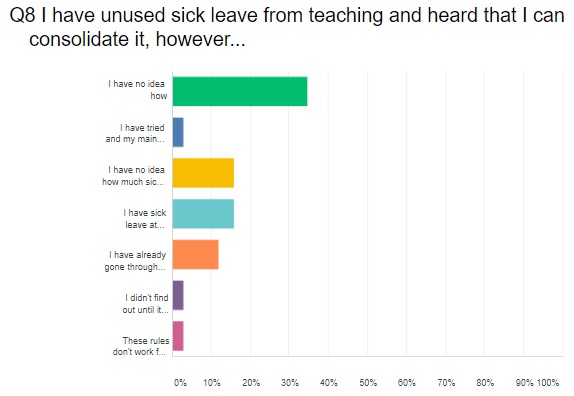 35% of the respondents said they had no idea how to consolidate their unused sick leave from their multiple district employers in order to convert it into service credit for calculating their STRS pension. While 12% had already successfully transferred their unused sick leave to one single employer in order to report it all to STRS in one single lump, over 30% were either unaware that they had sick leave or had not known they could transfer it and had lost it because of missed deadlines or uncooperative districts. 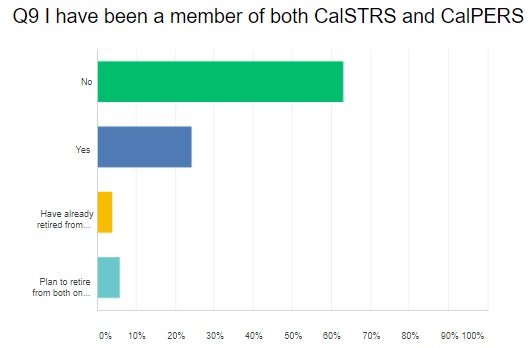 24% said that they have been or are a member of both CalSTRS and CalPERS. These people should plan to retire from both plans on the same day because CalPERS might increase their benefit from them by taking into consideration their CalSTRS earnings when calculating the pension benefit. 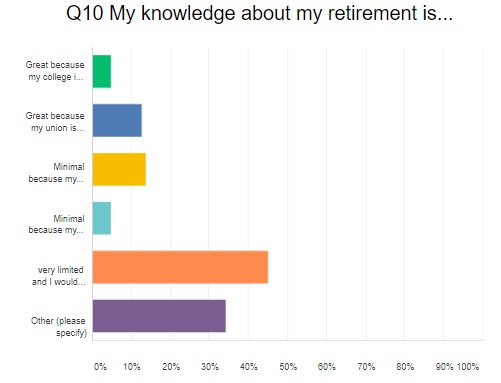 Nearly half of the respondents admitted that they were minimally knowledgeable about their retirement plans because either their colleges or their unions failed to provide adequate information. It is clear that there is a tremendous need for increased training and informational meetings regarding retirement plans, Social Security and Medicare.