The Role of the Teachers’ Union in Enrollment Management

Teachers need to be organized in unions to protect their jobs and standard of living.  Unfortunately, union leadership is too frequently dominated by full-timers who disregard the needs and interests of part-timers.

At City College of San Francisco, many part-timers have lost classes reducing their income and eliminating medical benefits for the few who are eligible to have them. Some no longer have a job.

The leaders of my local, AFT 2121, act as if they should be in charge of all issues the faculty face as workers.  For example, they never call for mass meetings at which members could decide what to do to fight ongoing class cuts.

Instead, the leaders will call on members to attend and speak at board of trustee meetings and use the one to two minutes allocated to urge these elected officials to oppose the class cuts. Many speakers including students have made compelling and convincing statements as to why the class cuts make no sense. Yet the response of the board, many of whom are endorsed in their elections by the union, is to usually ignore what has been said and do nothing.

The union leaders will ask members to participate in what turns out to be sparsely attended rallies like the one that occurred on the recent Flex day that brings faculty together from all campuses right before the start of the Fall 2019 term. The action was announced in an email sent out to members with the title “No more cuts!”  No demands were put forward to restore cut classes. At the rally that happened outside where the Chancellor spoke, the few people present (at most 70 in a college with a faculty of over 1,300) were organized to dance and sing songs with lines such as “Please don’t take my classes away,” as if we are beggars—though people were not asked, as they sang, to get down on their knees.

An indication of the priorities of union leaders was reflected in their agenda for a 11/2-hour meeting on the same day that often attracts more faculty than any other meeting during the term. The agenda mainly consisted of reports with no item devoted to a discussion concerning an action plan of what to do about the class cuts even though their most vulnerable members, part-timers who are the majority of faculty, were losing work. Additionally, the union itself was being harmed by the loss of work since union dues revenue based on faculty earnings would be reduced.

Over the summer, when the administration began to plan to cancel classes with more than 20 students enrolled, probably in violation of our contract, the union leaders did manage, with exceptions, to bring this to a halt.  In declaring this a win, they went on to inform members that we should not “forget that over 100 Fall semester classes were canceled over the summer…and deans are now warning faculty to expect cancellations next week” [when school starts].

By not doing more to organize and empower members to fight and reverse the class cuts, the leaders were indicating an acceptance of the administration’s destructive policies that harm the educational opportunities of students.

About The Author: Rick Baum has been a part-time instructor 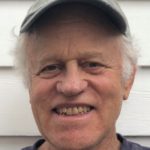 teaching Political Science at City College of San Francisco for over twenty years. Since the early 1980s, he taught in eleven other colleges in the San Francisco Bay Area. He has published articles that can be found online at Counterpunch, Monthly Review, and New Politics.