The Soft Bigotry of Low Expectations in California’s Higher Education 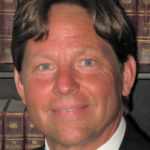 This article was published in the CPFA Journal, Fall 2019 edition, and originally appeared in the online media source medium.com.

“The key to my success is a very simple and time-honored tradition, hard work for teacher and student alike.” Jaime Escalante

Readers of this editorial may recall the story of Jaime Escalante (1930–2010) from the 1988 film Stand and Deliver starring Edward James Olmos (who was nominated for an Academy Award for his portrayal). Escalante taught math from 1974 to 1991 at Garfield High School in East Los Angeles, which at the time had a 99% Latino student population. Escalante refused to accept that his students couldn’t excel at higher math.
Through the hard work of Escalante, other of his colleagues, and his students, Garfield was in the top 25% regarding seniors completing requirements for the University of California, and it ranked in the top 10% of schools with student bodies of comparable socioeconomic status.
Contrast the above story with current trends in California where completion rates as measured by college transfers, diplomas, and certificates have been historically low for black and Latino students. In the face of this disappointing data, instead of working harder to help these students excel, in the name of equity we are increasing graduation rates by simply lowering academic requirements in order to make it easier to pass. I suspect California is not the only state taking this route.
In other words, in Escalante’s world education was the key to success, and by the standards of our current misguided education leaders, the key is to grant diplomas with or without having achieved an actual college education. This is another way of saying that we are turning our public colleges into diploma-mills in the image of market-driven schools like The University of Phoenix and Arizona State University.
Republican speechwriter Michael Gerson first coined the term “soft bigotry of low expectations,” which was then used by President George W. Bush in a 1999 speech regarding his proposed education policy. I have profound disagreements with Gerson and Bush regarding their political beliefs generally, and education policies specifically; however, they were correct about this point. As Bush shared:

“No child in America should be segregated by low expectations, imprisoned by illiteracy…some say it is unfair to hold disadvantaged children to rigorous standards. I say it is discrimination to require anything less — the soft bigotry of low expectations.”

One recent example of the lowering of expectations in higher education occurred when intermediate algebra pre-requisites were dropped in the California State University (CSU) and community college systems. In our community colleges we also no longer test high school graduates for English language literacy and instead allow those who graduated high school with at least a grade-point average of a high “C” to enroll in college-level courses, including English composition. We used to provide remedial courses for those who needed to improve their basic skills before they took transferable college courses.
To put this into perspective, I started my college education on the GI Bill after serving in the military. I tested at my local community college into remedial courses in both math and English, and I was pleased to have the opportunity to improve these basic skills in order to achieve my college education. Recently, by twisted logic, offering remedial math and English courses to help students improve became a form of discrimination, and cutting those resources and herding students into courses for which they are ill-prepared is now an exercise in civil justice.
One spokesperson for the lowering of expectations is California Community College Chancellor Eloy Ortiz Oakley who shared that intermediate algebra and remedial English courses are barriers for students of color. Another, former dean of the UC Berkeley School of Law Christopher Edley, considered removing the intermediate algebra requirement a matter of civil rights as black and Latino students failed to pass at higher rates.
The problem is that these students were forced to take remedial courses because, unlike Escalante’s students, they graduated from our high schools without having college entrance competency in math or English. So, now college lecturers and professors are expected to take these same students into their college courses even though many can’t solve basic math problems, read a textbook, or write a proper paragraph. This means these students either fail in droves or teachers will be forced to dumb classes down to “reach the new student population” so they can pass.
The final nail in higher education’s coffin is the Governor Brown-era education budgeting that created performance-based funding for college districts. This ties a percentage of a college’s funding to its ability to achieve expected completion rates, just in case the lower expectations are not enough to do the job. In other words, a district will be paid money to pass students, which means faculty raises will likely be possible only by passing more students.
I currently teach college transfer English, humanities, and philosophy courses at a community college in the Central Valley of California, where I am witnessing the negative effects of the lower literacy of students. I suspect my experience is shared by many college lecturers and professors throughout the country where similar policies are being legislated.
Not only do my students have high school diplomas, but they have all also completed their college-level English composition courses with a “C” or higher. Even though this is the case, many still cannot read and respond in writing to college-level texts. I now have students in college transfer courses who not only can’t write an essay, but several don’t understand English well enough to follow basic instructions. Recently, two of these students shared that they took their college-level English composition course at their high school where they both received an “A” even though they can’t read or write anywhere near college level. Community colleges are forced to provide our courses in the high schools by another Governor Brown era initiative.
Many of these students take their college courses online which means no one knows if they are even the ones doing the work. In another misguided move, Governor Brown also initiated an all-online statewide community college even though it is well known that online courses do not work for community college students as too many lack basic skills.
For a more concrete example, each semester I give an assignment to read, outline, then write a summary of an editorial that is aimed at a college-educated readership. The skill of reading and summarizing academic texts was an assignment for remedial English courses, so this assignment is below the skills expected of students who have successfully completed college-level English composition. Even so, more than 50% of my students cannot complete the assignment with a “C” or higher grade.
The hurdles are great for those of us who teach in the Central Valley of California. Recent research ranked the Hwy 99 corridor that includes Stockton, Fresno, and Bakersfield among the lowest in the nation in literacy. Teaching students among our population to read and write scholarly compositions is a tough job, but it is the job for which we signed up.
Contrary to Escalante’s recipe of hard work, the system is now set up to make life easier for teachers and students alike, while administrators and politicians will be able to point to increased graduation rates as a sign of our success. The end result will be masses of relatively illiterate people who possess college diplomas that give a false impression. Is this not moving closer to the world of Donald Trump who once owned a fraudulent diploma-mill?

Keith Law is a Lecturer of Philosophy and Humanities at Merced College where he has taught for nearly 30 years. He was the President of his local CTA/CCA chapter and a Statewide CTA/CCA Board member for 6 years. During his service, he was a strong advocate for part-time faculty issues.