By Keith Hoeller
Originally published in The Chronicle of Higher Education
Republished with consent of the author.
June 29, 2018

The debate over Janus v. AFSCME, on which the U.S. Supreme Court ruled this week, appeared to be between the conservative view that unions can do nothing right and the liberal view that unions can do nothing wrong. Consequently, the court’s five conservatives voted in favor of striking down “agency shop fees,” while the four liberal justices voted to retain “fair share” fees for nonmembers of public-sector unions.

Missing from the debate have been important critiques of the union movement from the labor perspective. To regain their relevance, faculty unions at public colleges and universities will need to shed their historic approach of privileging tenure-track members over contingent faculty members, and instead embrace a new kind of organizing unit that finally deals with the needs of adjuncts and part-timers, who shoulder most of the teaching load in higher education.

For contingent faculty members, the question about union representation has long been: Should they be coerced into paying their “fair share” when they do not receive their fair share at the bargaining table, where their numbers are not equitably represented and their voices not heeded? Under Janus, they will no longer be required to do so.

The National Labor Relations Board has made it clear that tenure-track faculty members at private colleges cannot be in the same bargaining unit as their non-tenure-track colleagues. But conflicts of interest abound in the two-tier system at public institutions, where the majority of adjuncts are represented in “mixed units” with their tenured colleagues.

Not surprisingly, conflicts are usually resolved in favor of the tenured faculty. Pay, benefits, and job security are obvious examples of those conflicts, but one of the more egregious ones occurs when the union places limits on adjunct teaching below full-time work while allowing full-timers to teach overtime, as has been the practice in Washington State and California.

In my journal article “Against Tenurism,” I argue that colleges and the unions together have created a two-tier “system of privileged ‘haves’ and unprivileged ‘have-nots,’ whereby tenure-track faculty members form a minority, now less than 25 percent of all college professors, who rule over the majority of faculty who have little job security, low wages, few benefits, and virtually no way out of this academic ghetto. … It is not fair to force adjuncts, who have no job security, into the same bargaining unit with tenured faculty, especially when these tenured faculty function as supervisors, hiring, evaluating, and rehiring and/or firing the adjuncts.”

With the Janus decision, unions at public colleges will inevitably lose members and money and clout. Having ignored contingents for so long, they will undoubtedly make the pitch that unions can improve their lot. But unions’ historical approach — bargaining small improvements in union contracts, campus by campus, every three years, while tenured faculty members continue to make larger gains — is unlikely to make a dent in the two-tier system. In mixed units, it is more likely that tenured faculty members will continue to use contingents’ dues to feather their tenured nests.

What should faculty unions do now? At a minimum, they should admit that tenured faculty members often serve as supervisors of contingent faculty members and, where this situation exists, insist that adjuncts have separate bargaining units. They should also insist that where adjuncts outnumber tenured faculty members, the adjuncts should have proportional representation in union-leadership positions and on negotiating teams. Unions should insist that contingents elect their own officers, representatives, and contract negotiators, and that they bargain for their own contracts.

If the unions truly want to represent contingent faculty members, their eventual aim should be to abolish the two-tier system and ensure full equality for all professors. Their model should be not American unionism, but the one-track model established in British Columbia by the Vancouver Community College Faculty Association.

If unions truly want to represent adjuncts, they should abolish the two-tier system and ensure full equality for all professors.

And what should contingent faculty members do? While some unions have made some gains for them, the situation still remains dire for the more than one million college professors who teach off the tenure track. But unions are not the only options. The Washington State Part-Time Faculty Association, which I helped found, and the California Part-Time Faculty Association have achieved results independently of the unions. They have worked successfully for sick-leave bills, increased pay, class-action lawsuits to obtain health-care and retirement benefits, and higher limits on adjuncts’ workloads.

What we still need, though, is an independent national organization to provide vigorous representation for all contingent faculty members, no matter where they teach.

Keith Hoeller retired in 2016 after 25 years as an adjunct professor of philosophy at Green River College, in Auburn, Wash. He is the editor of Equality for Contingent Faculty: Overcoming the Two-Tier System (Vanderbilt University Press, 2014). 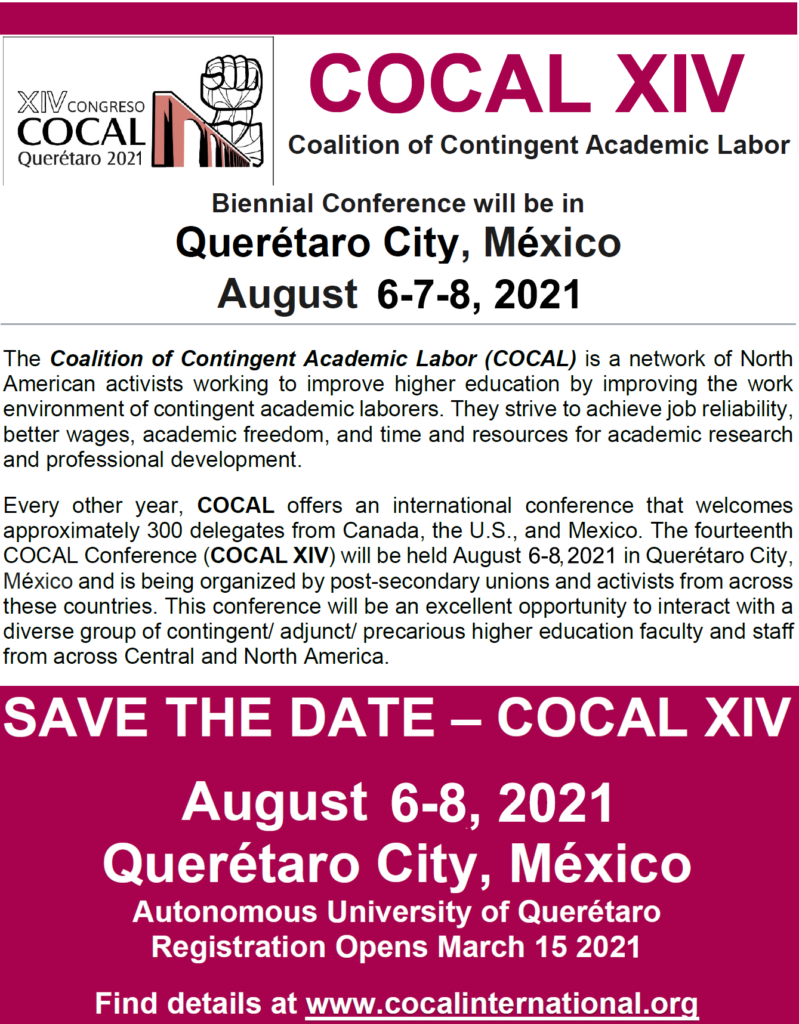