What is the WEP? 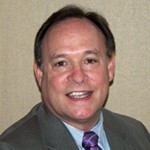 The Windfall Elimination Provision was enacted in 1983 as part of major amendments designed to shore up the financing of the Social Security program. The reduction of the 90% factor to the 40% WEP formula factor was the result of a compromise between a House bill that would have substituted a 61% factor and a Senate proposal that would have substituted a 32% factor. The reason why Congress enacted the WEP was because Social Security benefits replace a percentage of pre-retirement earnings and that this benefit is weighted toward lower-paid workers. The formula provides individuals with low average lifetime wages a proportionally higher rate of return on their contributions to Social Security than individuals with relatively high average lifetime wages. As a result, a lower-paid worker will receive a Social Security benefit equal to about 60 percent of their pre-retirement earnings. By contrast, a higher-paid individual has an average replacement rate of about 25 percent, because the more you earn, the smaller the percentage that SSA replaces.

Before the WEP, workers who were employed for only a portion of their careers in jobs covered by Social Security—even highly paid ones—also received the advantage of the weighted formula, because their few years of covered earnings were averaged over their entire 35 years to determine the average covered earnings on which their Social Security benefits were based. The formula did not differentiate between those who worked in low-paid jobs throughout their careers and other workers who appear to have been low paid because they worked many years in jobs not covered by Social Security.

Proponents of the WEP maintain that the provision rarely causes hardship because the people affected are reasonably well off because by definition they also receive pensions from noncovered work. For example, someone with a larger pension from CalSTRS, like $6,000 per month, and the same SSA pension of $926, would lose only 5% of their total retirement since the WEP only impacts the first $926 of the SSA pension.

Opponents of the WEP believe the provision is unfair because it substantially reduces a benefit that workers may have included in their retirement plans. Others criticize how the provision works, saying that the arbitrary 40% factor in the windfall elimination formula is an imprecise way to determine the actual windfall when applied to individual cases, especially low-income workers like part-time faculty whose teacher’s pensions may be very small.

The impact of the WEP on low-income workers is considered regressive for two major reasons. First, the WEP adjustment is confined to the first bracket of the benefit formula ($926 in 2019) which causes a proportionally larger reduction in benefits for workers with lower average indexed monthly earnings (AIME) and benefit amounts. Second, a high earner is more likely than a low earner to cross the “substantial work” threshold for accumulating years of covered earnings and are therefore more likely to benefit from the provision that phases out the WEP for people with between 21 and 29 years of covered employment. The WEP also impacts the teaching profession in general. Some individuals in SS-covered employment who might be considering making a career change and go into teaching in a state which is not covered by Social Security, may be less likely to make the change once they realize that they will lose a portion of their Social Security benefit due to the WEP.

There has been a long history of legislation aimed at eliminating the WEP, enacted in 1983 and the Government Pension Offset (GPO), enacted in 1977, like the bipartisan Social Security Fairness Act of 2019 (H.R. 141) which would repeal the WEP and GPO. Previous bills that have been proposed have not progressed very far through the ratification process. While public employees say that it is unfair that they are financially penalized for their career choices under the WEP and GPO, opponents argue that repealing these provisions would over-correct the system too far in the opposite direction, making it unfair to those who never worked in the public sector. Still others point to the cost involved in repealing the WEP and GPO and the negative impact increased Social Security payments would have on an already stressed Social Security trust fund.

If you have 30 years of substantial wages covered by Social Security, then the WEP and GPO do not apply to you. However, as is the case with the vast majority of community college instructors, you have fewer than twenty years of employment for which you paid into Social Security, then you are definitely going to be hurt by the WEP. Think of your “day-job” that you had until your teaching load increased enough to support you or those side jobs you had which helped pay the bills during high school, college and for the years before you started making enough to live on from teaching. The calculations can be rather daunting, but you can register with Social Security site and see exactly how much you earned over your lifetime which was covered by Social Security and calculate exactly how many “quarters” you have earned. 40 quarters with at least some SSA covered income  is the minimum to be eligible to collect any Social Security pension at all. Social Security calculates your projected monthly retirement benefit based on the income that they can see, they do not know that you also worked for a public service which possibly qualifies for a pension (CalSTRS). They calculate your 35 years (or life-time income) as the amount you earned during your work covered by Social Security and pay you the higher 90% as a boost for your perceived low-income. It is this “wind-fall” that the WEP was intended to “correct” and can result in your $1,000 CalSTRS pension being the reason why your Social Security payment may be reduced by up to $463! According to the SSA, the WEP “protects” you if you get a low pension. They won’t reduce your Social Security benefit by more than half of your pension for earnings on which you didn’t pay Social Security taxes. If you have a projected SSA pension of $926 per month and a STRS pension of $741, for a total projected retirement pension of $1,667, you will lose $370.40 from your SSA pension due to the WEP. This calculates as both half of your STRS pension and 40% of your SSA. You are left with an actual combined net monthly pension of $1,301, or a loss of 22% of your total retirement. After your Medicare payment of $135 is paid out from the $695 you have left from SSA after the WEP reduction, you will actually only receive $560 from SSA. Your actual combined net monthly pension will be $1,166, or about 70% of the amount you thought you would have to retire on each month. Time to reexamine that retirement budget!

For more information on the WEP, check out these sites: