Republished with permission from EdSource.

Is this the year for changes for adjunct faculty?

PART 1 OF A THREE PART SERIES

Click here to read all stories in this investigation at EdSource.

The Uber drivers of academia.

Call the part-time instructors who make up two-thirds of classroom teachers in the country’s largest higher-education system what you will. What matters most to them is whether they’re called.

Every semester they wait for work assignments that may make them eligible for health benefits, pay for groceries or further a slender dream of landing an elusive, full-time, tenured job.

Numbering nearly 37,000, the part-time academics commonly referred to as adjuncts are the backbone of the California Community College system that enrolls about 1.5 million students. Working semester-by-semester with little to no job security especially now as pandemic-driven enrollment drops are costing jobs, adjuncts often take gigs at multiple college districts to cobble together something akin to full-time employment but at pay rates vastly lower than full-time professors.

Before the pandemic cut into their ranks, adjuncts taught nearly half of the classes at the state’s 72 local, semi-autonomous community college districts. At 35 of them, they made up 70% or more of all faculty, community college data shows. At only two districts did full-time professors outnumber them. Yet many adjuncts say they are treated as if they are inferior.

Part-time faculty work is “just as hard as full-timers, sometimes harder,” said Curley Wikkeling-Miller, who teaches cosmetology at both the Peralta District in Oakland and the Solano District in Fairfield. “It’s hard to kind of spread between the two colleges. I have to give half of my energy over here and half at the other college.”

Not all adjuncts use gig work to assemble full-time employment. Colleges have long relied on part-timers who teach as an aside to professional careers, lending real world expertise to students in everything from accounting, journalism and cosmetology to auto body repair and mortuary science.

The numbers of so-called “one and done” part-timers aren’t tracked by the community college system. In an EdSource survey of working conditions, to which 930 part-timers responded, 17% said they taught one class a semester and 33% reported working in at least two districts in 2021. Of that group, about 25% reported teaching in three or more districts.

Adjuncts grossed an average of less than $20,000 per district, according to 2020 salary data for 41 of the 72 districts that listed titles for part-time faculty. The data was obtained by EdSource under the state’s Public Records Act.

Despite their numbers, they have little collective clout because they work under individual local contracts with no statewide standards, negotiated with locally-elected boards of trustees.  Pay, health insurance – if they get it – compensation for office hours, class preparation and grading, vary widely.

What they do share across the system is the primary responsibility of teaching the state’s most  academically vulnerable college students at a time when community college enrollment is plummeting nationwide and in California, increasingly costing adjuncts their jobs. 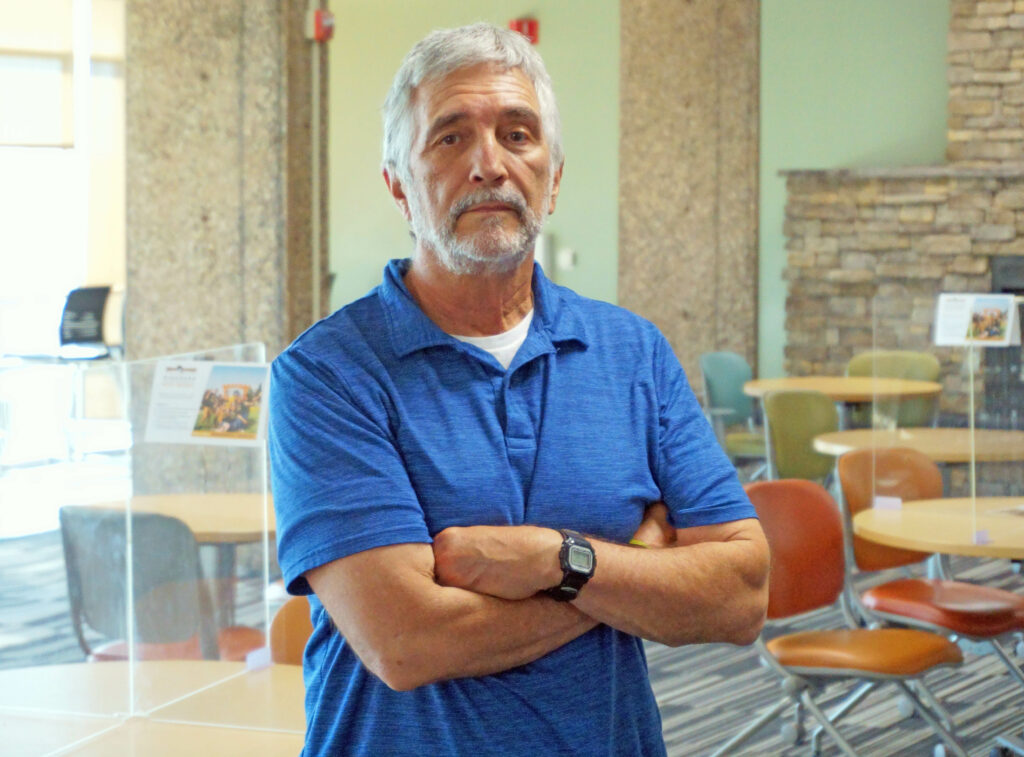 “More so than ever before, we’re in a very precarious and volatile situation,” said John Martin, chairman of the California Part-time Faculty Association, an advocacy group.

He’s a history adjunct at the Butte-Glenn and Shasta community college districts. “It’s always been a tough time in these jobs, but it’s been heightened by the pandemic.”

“Jobs are being lost” because of enrollment declines, Martin said. Adjuncts “have no assurances as to the future.”